A long story, began in the last century and developed through three generations of entrepreneurs (and the fourth is coming), has driven us to our actual portrait. A Swiss based company managing the skills of our artisans in Napoli and the ideas of our designers and suppliers from Lake Como, offering the best of each of them.
Proudly Italian for our roots, tradition, craftmanship and beauty.
Proudly Swiss for precision, reliability and organization.
Proudly and responsibly citizens of our wonderful world.

Paolo Pontiggia comes from a family involved in high end textile business since three generations and the fourth is coming. All began just after World War II, when Paolo Pontiggia, grandfather of today’s Paolo, settled the company Torcitura del Colombaio in Costamasnaga (Como), Italy.
He bought an ancient spinning mill dating back to the early 19th century and started production of twisted noble yarns in Silk, making use of skills and knowledges acquired as general manager of a parachute’s factory during the war.
Then the son Filiberto, during the sixties transformed the spinning in a jacquard weaving mill starting to produce the richest and finest silk fabrics for the most important stylists becoming part of the industrial district of Como, worldwide known as “citta’ della seta” ( city of silk).
In the 80’s Paolo, from the third Pontiggia’s generation, entered the family business pushing for the creation of a branch that could develop his own collection of accessories, ties, scarves and precious silk fabrics for fashion and home-decor, with the idea and conviction that customization will be the key for luxury fashion trends in the future. In 2012, Paolo moved to Switzerland and settled in Lugano a new company with the mission to create products and beauty for his clients, not only proposing specific collection, but developing with and for them their own style. The idea was to introduce in Switzerland and worldwide the concept of customized fashion, from the accessories to total look and full bespoke individual style. In this aim he entered in the fascinating world of “bespoke” men suiting and when in 2013 Paolo met Christofer Kaprelian, a Italian French Armenian eclectic designer, they initiated a collaboration together. They started to study, design, realize (by hand in Napoli, Italy) and personally sell ultra high end men’ clothes with a unique one to one luxury service.
Deep knowledge of technical matters combined with a natural PR attitude, developed since he was a student at Universita’ Cattolica del Sacro Cuore in Milan, allowed Paolo to build a great network of «business friends» of which Paolo is proud and grateful. He uses to say: «I was so lucky to grow up among beauty, colors and fashion that I have to share with my friends the vision of life that I was given». 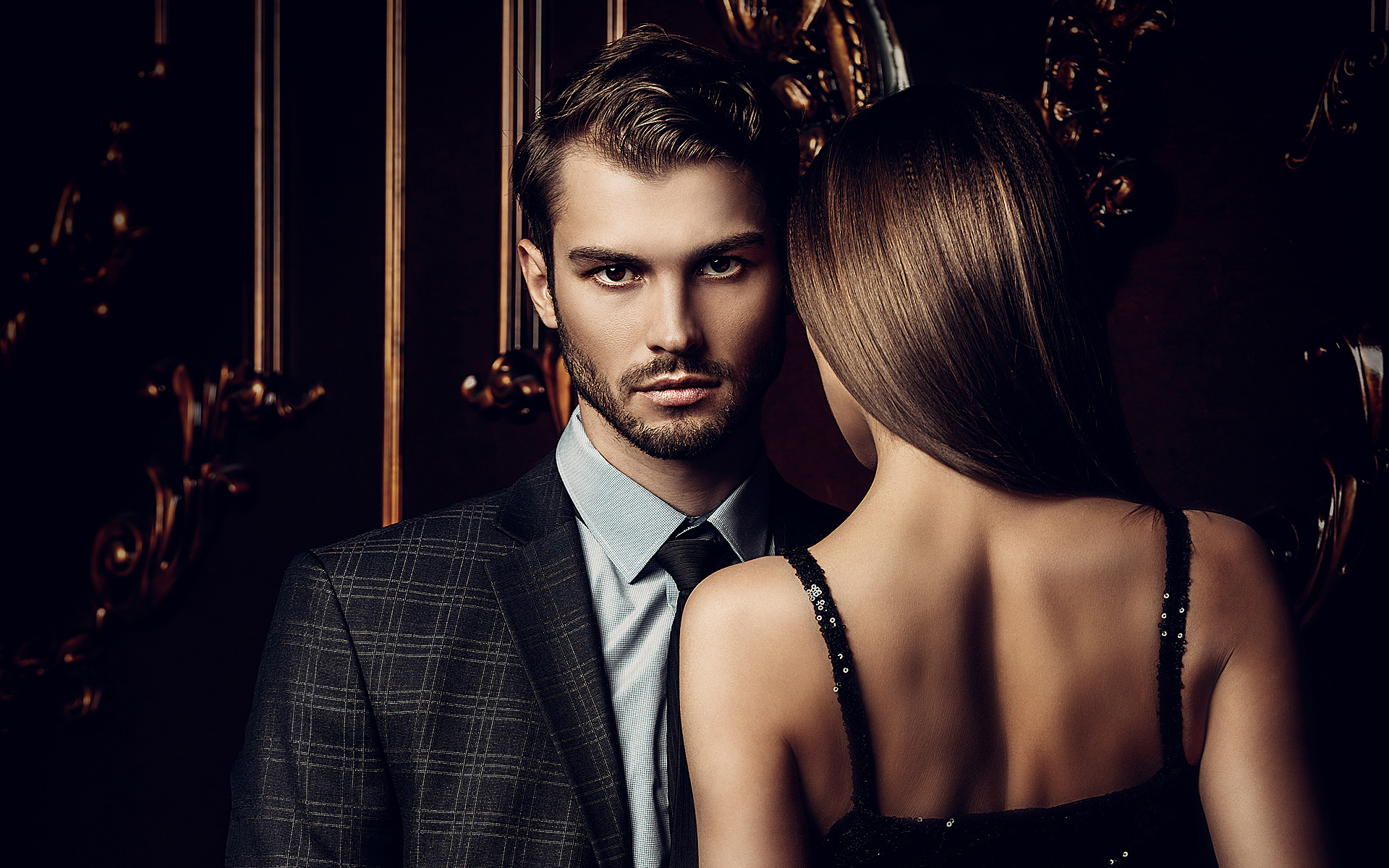 We strongly believe that “Beauty will save the world”, but in the moment you believe in it, another paradigma strictly connected becomes necessarily yours: “We have to save the beauty in this world!”.
In other words that is our mission, we try to preserve and maintain the beauty on our side of world and business.
Tradition: we would love to  keep alive the incredible workmanship of tailors, shirtmakers, tiesmakers, shoemakers, etc. Most of them are one-man companies with no chances to compete directly in a global market, we give them visibility, we are the ambassadors of Italian great manufacturing tradition.
Hand-Made: speaking about tradition, hand-made comes right after. Our garments are designed to be made one by one, fully hand-made.
Sustainability: we are deeply involved for our planet renaissance. We use only natural fibers and we select our suppliers according to their fair production and sustainability certifications. Our production process is naturally “eco”, since it is made in little Italian workshops by hand in a fair social contest. Finally all our production is only orders based, so there is no waste of resources.
Personal human relations: “as fair you are with your suppliers, clients and consultants as greater relations you will have”. We bring knowledge, passion and friendship all over the world, by ourselves and with our Ambassador’s program. People comes always before business.

We provide you the best choice of materials, qualities, colors and weights.
The selection of fabrics that we propose is made on a top quality range basis; where other players stop their offer, we start ours.
Suiting fabrics: the best of the best European manufacturers such as Loro Piana and Drago for Italy, Holland & Sherry and Harrison’s for England, Dormeuil for France. Moreover, a selection of artisanal and seasonal special fabrics will give you thousands of choices with the certainty to have the best quality.
Shirt fabrics: we offer exclusively Thomas Mason and DJ Anderson’s collections, top of range brands of Albini group, Bergamo. They are worldwide known for their uncompromising quality.
Finally, we offer an additional selection of 100% Swiss-made cotton, linen and cashmere fabrics from Alumo, St. Gallen (the world capital of finest cottons).
Lining: it could strongly characterize your jacket. We take care to present a wide range of high-quality solid or fancy lining in natural man-made fibers (viscose or bemberg).
Furthermore we give you the option to realize a full custom printed 100% silk lining, with monograms, favorite patterns, special colors and pictures or any other particular items you would love.
Buttons: only top-quality buttons in natural materials, such as horn, mother of pearls, corozo and metals. We will never use plastics buttons. 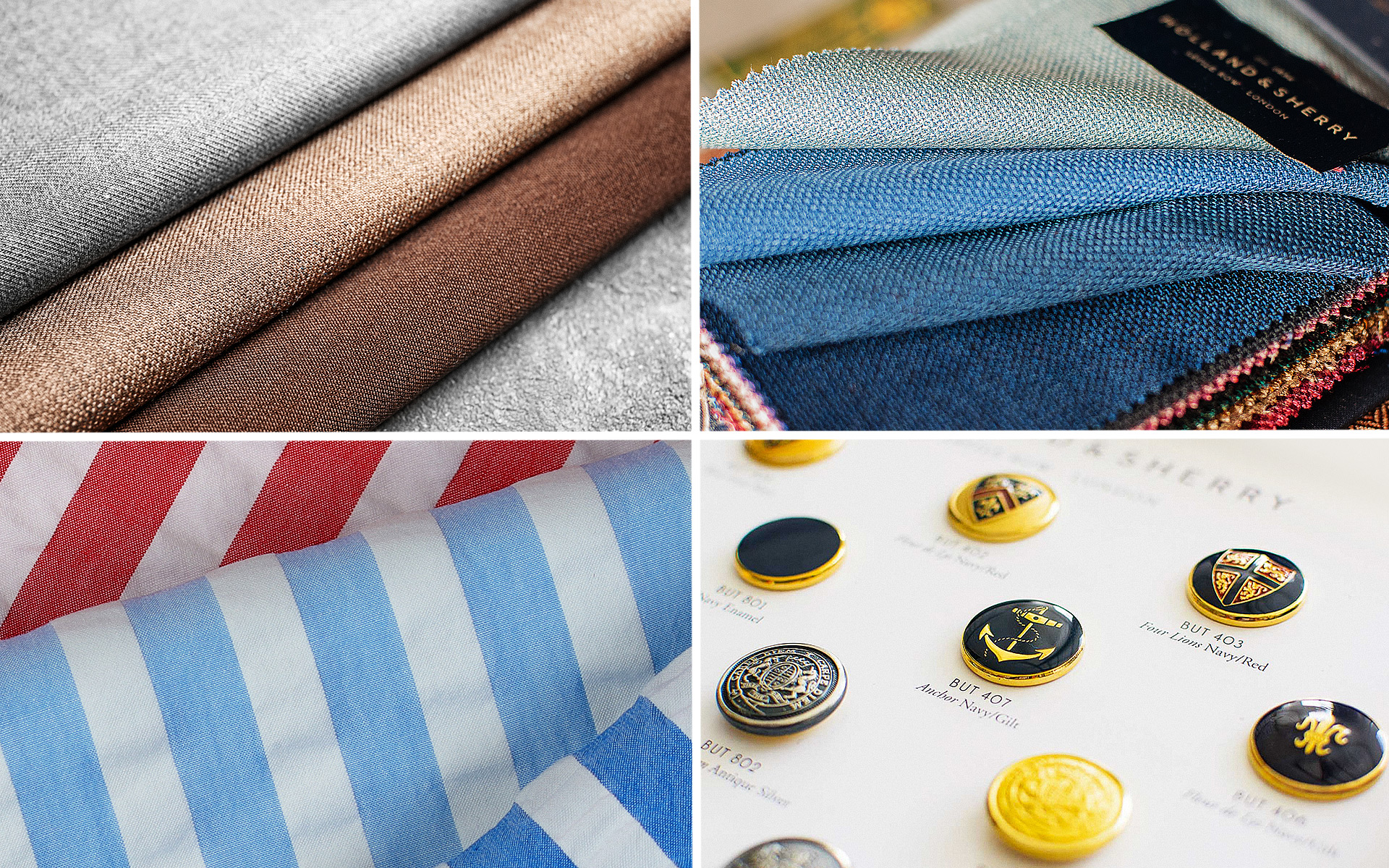 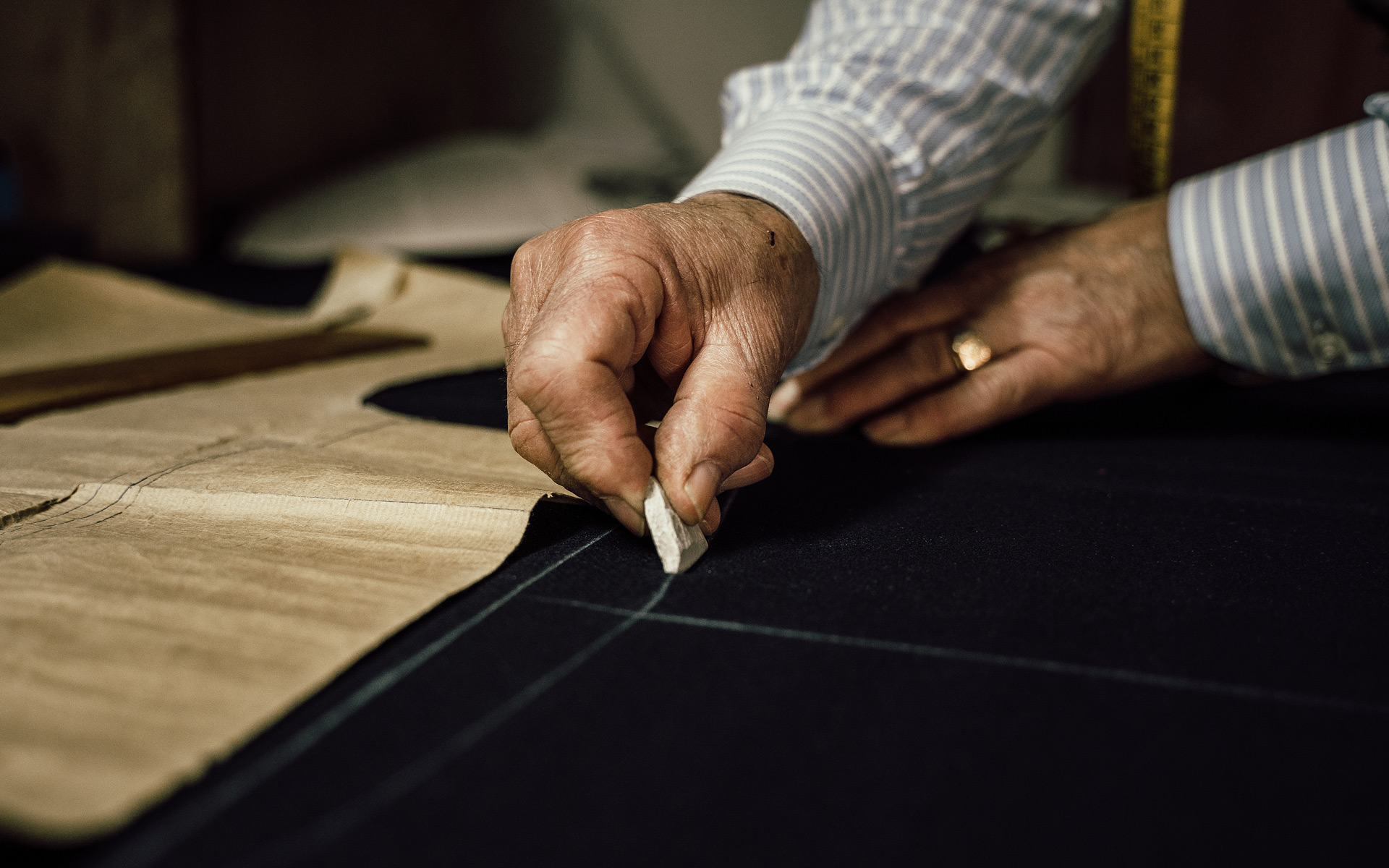 Our internal style department designs and projects every model, the production is all artisanal hand-made in Napoli, cradle of Italian tailoring art.
Only the master tailor designs and cuts each single suit from a piece of fabric expressly ordered for that garment. Then, it passes hand by hand through manufacturing process: sewing internal lining (only with natural fibers and paying on religious issues that our client might have), preparing sleeves, defining lapel and finally it comes back to the master tailor to mount collars and shoulders. Now the jacket is ready for the last steps: hand-made ironing and setting of button holes, made each one by a lady, since she has finer fingers to work in a such delicate way. Totally 40 to 50 working hours to get a little masterwork, all different one from another, surely it will have some little defects that will give to your cloth the incomparable flavour of exclusivity.
We use to say that a bespoke suit is living, it will change on your body adapting to your shapes, it will breath on air every night in order to be worn the day after. The experience will continue through the time and we will take care of each alterations needed. We will do our best to ensure that every new bespoke suit is better than the previous one.

A long-term friendly relationship is our final goal

Let your life be tailored on your dreams

Manage cookie consent
To provide the best experiences, we use technologies like cookies to store and/or access device information. Consenting to these technologies will allow us to process data such as browsing behavior or unique IDs on this site. Not consenting or withdrawing consent, may adversely affect certain features and functions.
Gestisci opzioni Gestisci terze parti Gestisci fornitori Per saperne di più su questi scopi
View preferences
{title} {title} {title}